The pristine blue waters of the Sea of Cortez create the perfect backdrop for any kind of getaway. If you’re planning your next travel adventure, ready for some fun with friends, family, the love of your life or fortunate enough to conduct business on the beach, Los Cabos holds the key to every door in your imagination.

As Los Cabos continues to maintain a priority on health and safety standards as a part of the reopening plan and the “A Safer Way to Get Away” effort, we proudly announce our partnership with Intertek Cristal, a market-leading global health, safety, quality and security risk… 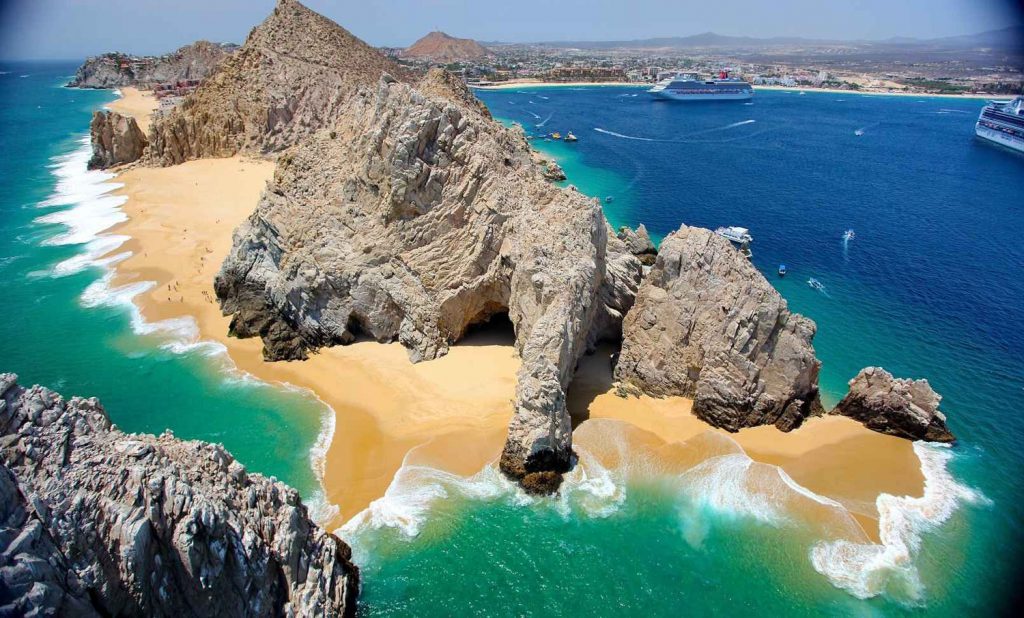 The Los Cabos area boasts some of the top sightseeing, tourist attractions and points of interest along the Baja California peninsula. Stunning El Arco in Cabo San Lucas is one of the region’s most iconic natural landmarks, and it’s the center from which many fun activities  like whale watching kick off.

An ancient culture of agile runners and tireless walkers called the Pericues had lived in the Los Cabos region long before tourism started. They were gatherers, fishermen and hunters who lived under palm trees, surrounded by birds in the San Jose del Cabo estuary. It is known that they believed in a higher being called Niparaja.
In early 1530s, the first expeditions to explore this area were carried out by Hernan Cortés. Therefore, this small town holds adventurous stories since it also once was used as a pirate hideout.
Years later, San Jose del Cabo turned into a charming colonial town thanks to commercial ships which had to stop for water and supplies while they were traveling from Asia to trade porcelain, mercury, silks and other products.

Around 1730, the Mission of San Jose del Cabo ”Añuití” along with a ”Plaza” were founded on Zaragoza street, which you can still visit.
In 1984, the San Jose del Cabo airport was built, which caught the attention of different resort companies who were interested in opening the doors of progress to this oasis.
San Jose del Cabo’s downtown main plaza with its warm architecture, has become an Art District where you can find art from all over the world, but mainly Mexican traditional art and local creations, which makes it a great place for shopping and dining. Its picturesque world-class marina which faces the Sea of Cortez and stunning gold-sand beaches, home of some famous surf spots and wildlife like marine birds, gray whales, and turtle hatchlings that go to the sea for the first time ever. 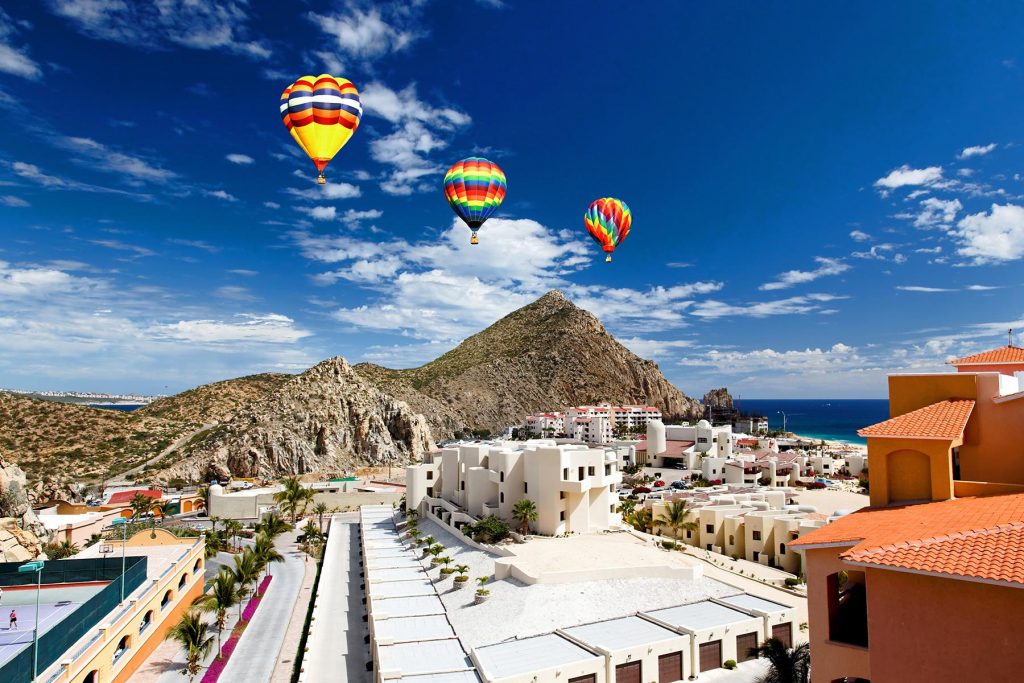 Luxury Villas along the San José del Cabo coastline are an easy 20-minute ride from Los Cabos International Airport. Whether you’re looking for a condo, exclusive Villa for a family vacation or luxury retreats with beachfront and spa services, accommodations are near some of the best swimmable beaches and golf courses in the area, and many boast private plunge pools and other lavish features. The area is well known for its historic buildings, including the Mission San José del Cabo and charming downtown streets filled with art galleries, boutiques and lively restaurants.

Stay just one night in a villa and you’ll never stay in a hotel again.

We inspire travellers who would normally book a hotel to experience staying in a private villa – adding a new dimension to your holiday.

Why share a hotel or resort with 1,000 other guests when you can enjoy the same luxury in the privacy of your own villa?

Simply find the villa you would like to book and send us an enquiry… or let us do the ground work for you and help you find the perfect villa.

ABOUT US
We strive to provide, exceptional guest experience at our beach rentals by employing the very best professionals in order to deliver world class service to completely delight and satisfy every guest every time!!!
Contact us: support@rmoceanfrontrentals.com
FOLLOW US
© Retreats Luxury Oceanfront Rentals | All Rights Reserved