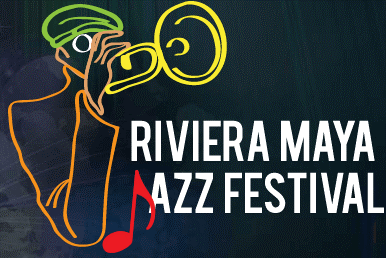 Cozumel Carnival (pronounced Carnaval in Spanish) is one of the islands main events. It happens at the peak of high season when the weather is at its finest. Festivities attract thousands of people from all corners of the world. It starts the week before Fat Tuesday, or Mardi-Gras. There's much more to this extravaganza than the Parades. Street dancers randomly roam through town. Its loads of fun, free, and it happens all over the island. You are more than welcome to watch and participate. Besides the fun of a great Parade, there is live music, food, drinks and every manner of distraction in the town square. With so many people gathered together to have a great time how can you go wrong?! You gotta have balls if you think this is not enough! Hey, don't get me wrong... We are talking about the fabulous balls and events leading up to the choosing of the King and Queen of Carnival. If you have never been to the island during this very special time; you are really missing out on a great cultural experience. The "pre" carnival events happen at the Moby Dick, clubs, the newer Parque Andres Cozumel, and other venues in and around San Miguel! Pick out the right parties, and have a ball! Most of these events are for children of all ages (especially adults who like to act like kids)!

Here in COZUMEL, what do you call hitting the water at 7am to swim 2.4 miles in ocean currents, then jumping on a bike to pedal 112 miles and finishing with a 26.2 mile run? Oh, and this is done in one (1) day! Some call it insane, others call it incredible and here on the island, we call it Riviera MayaÃ¢â‚¬â„¢s Ironman competition! The Cozumel Ironman (Ironman de Cozumel) is the islandÃ¢ ™'s most popular sporting event of the year. It usually happens on November of each year.

The two-transition course starts with a single-loop swim in water that is teeming with tropical fish within the protected waters of the Reefs of Cozumel National Park at Chankanaab Park Beach. The 180-kilometer, three-lap bike course in Cozumel is pancake-flat, taking competitors along the spectacular coastline of beaches and resorts and through the town of San Miguel de Cozumel. The three-loop run is lined with local supporters and bands playing traditional Mexican music, creating a festival-liked atmosphere. The finish line is at the city hall square in San Miguel de Cozumel, where local residents provide support to all finishers like they were seasoned veterans of IRONMAN spectating.

Cozumel, being an island surrounded by a unique eco-system of reefs and waters, fishing has always been an important part of the history, culture and economy of the island. The vast variety of marine life that live in the Caribbean waters surrounding Cozumel has been crucial to the locals for centuries. In the past, as a major source of sustenance and livelihood for the local fishermen that daily provide fish for the islanders and in current times, to the millions of tourists that visit the island annually. In more recent times, Cozumel has also been host to many sport fisherman from around the globe that travel to the island to try their skill (and luck) in catching some of the more popular sporting fish that abound in the incredible waters of the Caribbean.

One of the more popular sporting fish both here in the Caribbean and around the world is the billfish! The billfish refers to a group of predatory fish that are characterized by their prominent bills (or rostra), their large size (some can get to 13 feet in length) and include sailfish, marlin and swordfish. All of them are apex predators that feed on a variety of smaller fish and crustaceans. Here in Cozumel, the Atlantic Blue Marlin is most often found in our tropic and subtropical waters. The females can grow up to four (4) times the weight of the males with the largest on record being 1,803 lb. / 818 kg. and was 16.4 ft. / 5 m. in length. So it is no surprise that the most popular fishing event here on the island each year is Cozumel's International Billfish Tournament. Each year, hundreds of sport fishermen travel to the island every May to participate in the "Rodeo de Lanchas Mexicanas Cozumel" tournament. The annual event is held over three (3) days with a tournament dinner on Friday evening kicking off the festivities proceeded by two (2) full days from 8:00am to 5:00pm of tournament fishing on Saturday and Sunday of the tournament weekend.

Get Best Deals on finest oceanfront Villas and Homes at Riviera Maya. Let us help you find the perfect vacation rental property!